GET A GLIMPSE INTO THE FUTURE OF WEED RESISTANCE

Imagine a grower from the future showed up and told you what’ll happen with the resistant weeds on your farm if they’re not managed properly.

Sounds like something ripped from a bad movie, right?

Thing is, if you really do want a clearer idea of how the spread of resistant weeds could impact farming over the next 20 or 30 years, all you have to do is talk to an Australian grower.

Josh Lade first came to Canada back in 2009 and originally hails from a smaller, mixed operation where he and his family farmed livestock, grains and potatoes. Today, he farms part of a 15,000-acre operation just north of Saskatoon, SK. For Lade, weed resistance was a reality of day-to-day farming life in Australia.

“Down there, weed resistance has been happening since the 80s – but farmers didn’t really know any different or realize what was going on,” he says. “As soon as one herbicide group wasn’t effective, they’d move on to the next and the next one after that.”

Fast-forward to the present-day, and growing cash crops has become a tough, expensive prospect. Lade says that Australian growers will change up their crop rotations based on the dominant weed pressures in their fields, rather than grow the most profitable crops year over year.

Australian growers are also using mechanical options, like seed destructor equipment to pulverize resistant weed seeds, or going in with a moldboard plow, inverting the top foot of soil and burying weed seeds so they can’t germinate.

And when it comes to herbicide programs, Australian growers are forced to use higher rates and multiple modes of action on every acre.

“In a lot of cases, farmers now are layering up with $40 worth of herbicide per acre or more and still having weeds present at harvest – which is costing them even more,” Lade explains. “So, when you think of weed resistance in Canada, we’re at a point where we can either put our heads in the sand, try save a few bucks and end up in the same situation five or 10 years down the road, or we can be proactive now.”

He adds that skipping a pre-seed burn-off and relying solely on in-crop herbicides isn’t going to cut it long-term if growers want to stay ahead of weed resistance.

Lade stresses the importance of making an up-front investment in a pre-emergent herbicide – especially after discovering Group 1 and 2-resistant wild oats on his own farm a few seasons ago.

“It was really scary the first time I saw that weed pressure. There were almost more wild oats than canola in one of our fields. Now, a good 90 per cent of our acres get a pre-emergent application and we haven’t had a massive weed escape since,” he says. “Even though you’re spending an extra 10 to 15 bucks an acre up front, I always say that’s our insurance, so we’re hopefully buying ourselves more time by getting an extra mode of action on those wild oats.” 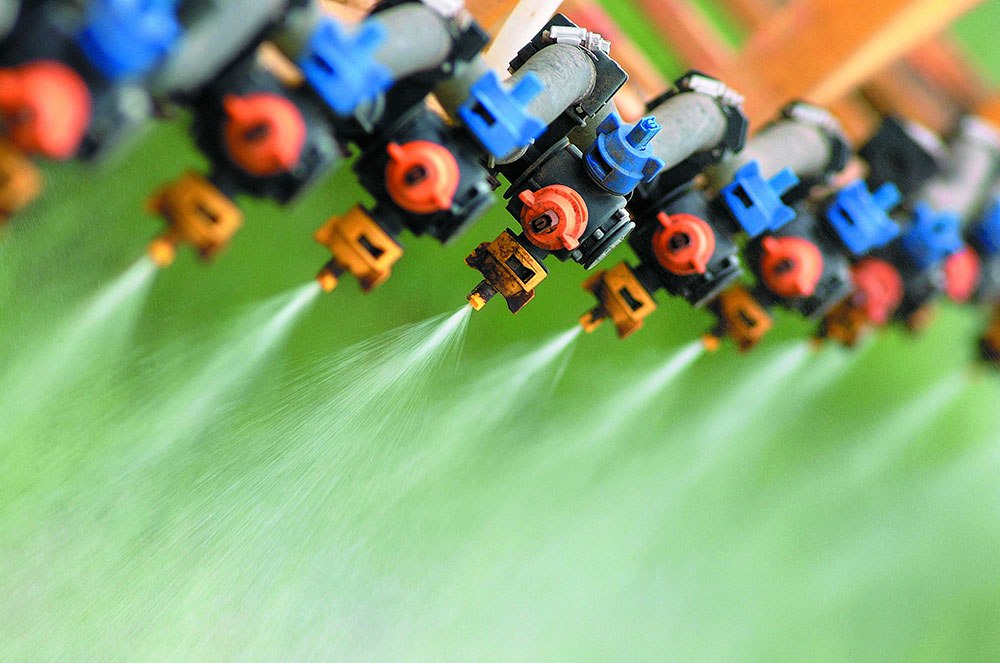